I've collected "useless knowledge" about ice cream for you. Some of these facts you've probably heard before. But I'm sure I can surprise you with most of the fun facts. And maybe you will be able to impress some of your friends or make them laugh.

1. the strangest kinds of ice cream

People always get strange ideas. For example, about coming out of Breast Milk to make ice cream. In a London ice cream parlour, the variety called "Baby Gaga" was sold out after only one week. However, the British authorities had the ice cream made from breast milk banned.

In Japan - as was to be expected - there are types of ice cream that are Octopus, horse meat or Beef tongue taste.

In the meantime, the trend towards unusual ice cream varieties has also reached Germany. Just think of the Mad Ice Maker in Munich. There are varieties like Roast pork or pizza ice cream.

2. where does the term "ice cream parlour" come from?

In the 19th century, many immigrant Italians sold their ice cream from the car or the window of their apartment. To make it easier for customers to reach the sales opening, the ice cream sellers placed Floorboards under your feet. The ice cream parlor was born.

3. how long does it take to eat a scoop of ice cream?

As a rule, one must lick 50 timesto eat a scoop of ice cream. I know this is useless knowledge of the very first order. 😉 The test persons will certainly not have resisted a suitably large sample.

Allegedly, one in three people suffer from this pain and there is of course a medical name for it: Sphenopalatine Ganglioneuralgia.

As a rule, the pain lasts a maximum of 30 seconds and then disappears again. The following are probably responsible for this Receptors in the palate. When these get cold very quickly, they send a signal to the brain. You can avoid the pain signal by slowing down your ice. If it does happen, it should help to warm up the palate again, for example with the tongue or a lukewarm drink.

Have you ever wondered why ice cream parlours are so often called Dolomiti? Traditionally, most Italian ice-cream makers in Germany come from a Valley in the Dolomitesthe Val di Zoldo.

Some ice cream parlors now also offer Ice for dogs on. This is naturally compatible for the quadrupeds and gets along with very little sweetness. You can also make such ice cream for your quadruped quite simply do it oneself.

The Record in ice ball stacking with incredible 121 balls is held by the Italian Dimitri Panciera. This kind of world records has always been good to be saved as useless knowledge.

8. ice on style was created by a funny coincidence

Frank Epperson - a lemonade producer allegedly accidentally left a frosty night a Spoon in a glass of lemonade standing outside. The next morning we had the very first Popsicle!

Round 180 Euro costs a ball of shining ice with jellyfish protein from England. Still a bargain against the 800 euros expensive truffle-saffron-vanilla-gold ice cream "Black Diamond" from Dubai. It is always a bomb-proof thing to throw the most expensive spices or fabrics together to obtain an expensive end product. Whether it also tastes good is another question.

I hope I could surprise and amuse you. If you know of any other useless knowledge about ice cream, please write it in the commentary. 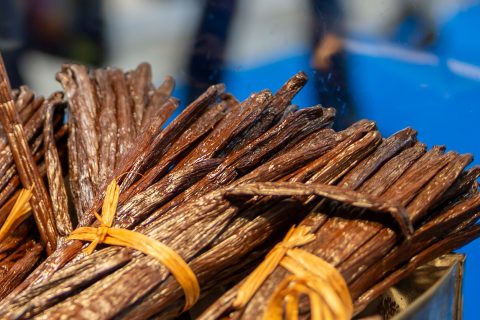 Here the ice maker writes for you

Most people love ice cream. Some just a little, and some a lot. I'm one of the latter, of course. You've probably guessed it by now.

My favourite ice cream memory  it's been a while:

Once a week, after our tennis match, my dad and I drove by the local ice cream parlour and took a huge portion home with us... and then the whole family ate it with pleasure.